61,5% employees reported they are getting more recognition with Yougood

At Semrush, a company that provides a SaaS platform for site visibility management and content marketing, employee recognition happened mostly offline before the launch of Yougood. 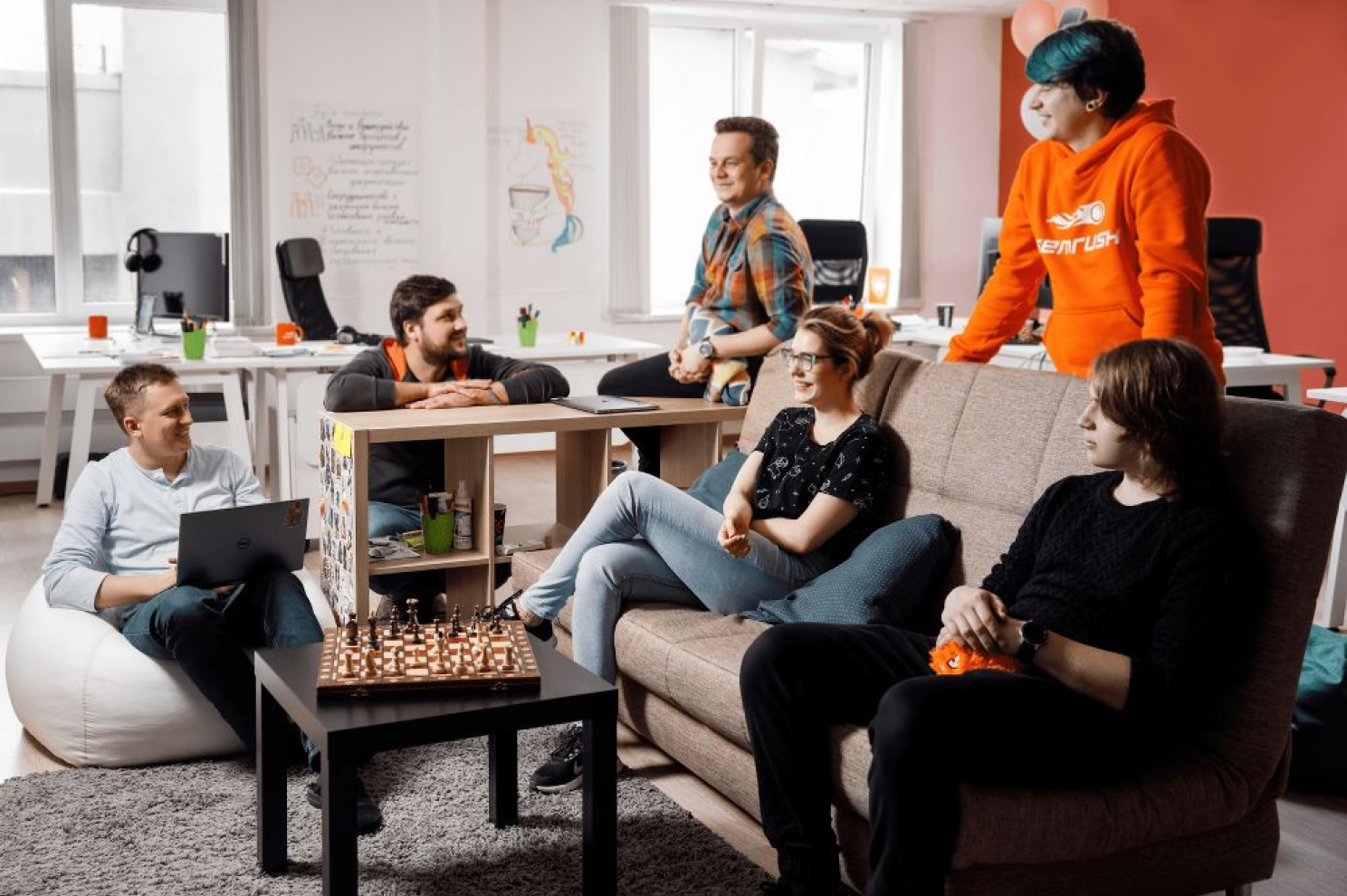 Varvara, Culture and Communication Specialist at Semrush: “We have demo meetings in our company, where teams have the opportunity to talk about what they did during the sprint, and show some cool features, experiments, and results that they want to share and what they are proud of.

It would not be true to say that Semrush did not have a culture of feedback and public employee recognition. But it was always hidden within departments and not visible to the whole company.

So we wanted to get recognition out from the corridors and conference rooms so that it becomes known to everyone in the company.”

The main focus for the Semrush team was value for the money paid. The following parameters were taken into account: functionality, the ability to thank people from different locations, setting up stores for various offices, adding separate sets of gifts, cost, and the simplicity of the interface.

Semrush, being a software company, knows firsthand user requirements for such platforms. In addition to addressing the technical issues and security concerns, finding a simple and easy-to-use platform with a clear value for employees was necessary. Otherwise, it was likely that one more software solution would join the list of the available, although forgotten, tools.

At the beginning, Yougood team created an account for a small Semrush initiative group, conducted a demo, and helped set everything up. Within a couple of weeks, the team tested all the mechanics for themselves: they created bonuses, set up stores, ordered rewards, and watched how everything worked.

“In my experience, I’ve never seen such a stir around something that is being introduced into a company. Usually, it is such a delicate venture, where you need to invite people, explain, motivate, and remind. And here we saw an immediate wave of activity.”

Culture and Communication Specialist at Semrush

In the end, the main argument was the clean interface. Judging from the experience of introducing other tools to our employees, I know: the more overloaded they are — the more tabs and buttons that employees do not use, do not bother navigating — the worse it gets.

Primarily, I wanted to start such a recognition platform with something very straightforward. I saw badges in different systems, some achievements, and levels; it all sounds entertaining. Still, in practice, when implementing it, it creates difficulties for employees. Of course, platform cleanliness and usability were among the top things we looked at”

“The hardest part turned out to be store preparation. That's how it always happens: once you introduce a new process or tool, the old ones' problems are revealed. Until we started launching Yougood, it was not clear that we had difficulties with souvenirы in different locations and problems with suppliers.

Another challenge was that some offices were using a different system, Fond, and employees already had some bonuses for anniversaries and birthdays accumulated. To avoid losing those, we asked the Yougood team to transfer these bonuses into the new system.

Otherwise, the launch of Yougood went smoothly: employee data, their location, anniversaries, and other necessary information was downloaded from our HR system (BambooHR), and there was no need to do anything else manually.” 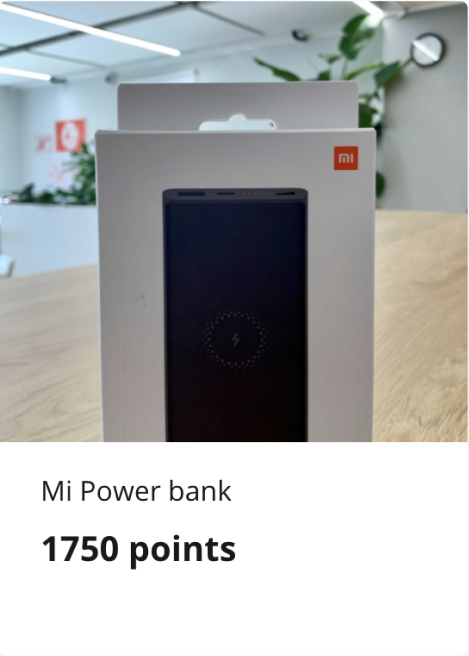 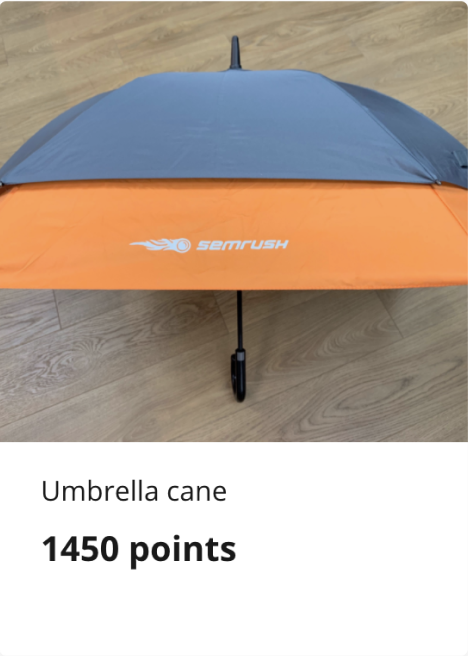 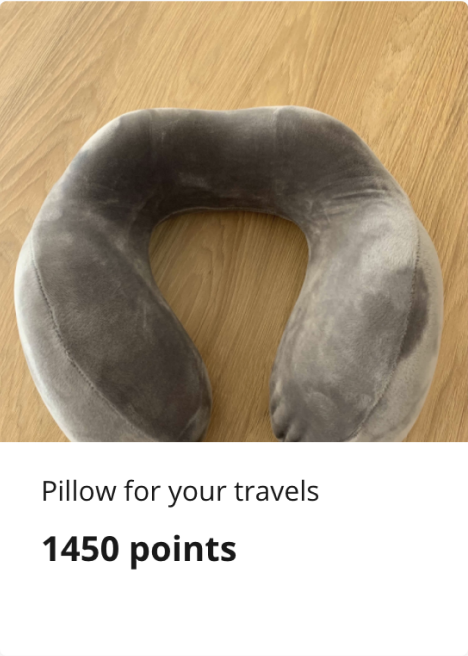 “There were two things I feared the most.

First: that no one would join at all, that we would make an announcement, and it would sink into oblivion, so we knew it would be necessary to motivate people very actively to log in to Yougood and use it in general.

Second: that there would be a lot of negativity, either in terms of content, that they would refer to “Black Mirror,” a system of points, digital control. Or the technical issues, like endless notifications, which could also lead to an adverse reaction. This has happened before with other systems, but this has not happened with Yougood.

I didn't expect people to be involved so actively. I thought we would launch, and the five most active people would post something, and then the rest would gradually join in. I honestly did not expect that there would be such a huge interest at the start that everyone would test, try, and share points. And it was cool. In my experience, this is the first time I see such a stir around something new that is being introduced in a company. Usually, it is such a delicate moment, where you need to invite people, explain, motivate, and remind. And here we saw a wave of activity.”

74% employees receiving at least one recognition per month

In the second month of use, Semrush made a survey, which showed that 61.5% of employees felt they were getting more recognition with Yougood, which was an excellent result.

“The improvement is also very noticeable in the automation of the distribution of gifts for work anniversaries, and in the future, perhaps, some other gifts, I see prospects here. All offices now operate according to the same clear and transparent process.

Of course, the main thing was that people began to share their recognition in public.

“Now we have one global place, where you can come and learn something about each other, the work of others, and that someone is doing something cool.”

I see interesting dynamics since the launch: in the beginning, there were many posts in the style of “I'm just testing,” or “I'll post a gif like this, which is controversial,” or “I'll check how to insert the code,” or “I'll find security vulnerabilities.” But now I see that the posts have become more substantive, and people write more about what they are grateful for if an event happened and a person helped them, they went into Yougood and gave them points. And this is very good, as it highlights that the person is using the instrument specifically for recognition.”

61,5% of employees reported they are getting more recognition with Yougood

Yougood can help you strengthen the culture of positive recognition

Schedule a comfortable time for a short introduction and demo.